Following my round up of Gatwick, , I thought I would take the time to summarise the pick of the gluten free catering options at the airport beloved of budget airlines, Stansted.

As a small airport, the options are somewhat limited, although it is possible to pull together a healthy gluten-free meal, but if you are particular, or travelling at funny hours, it would pay to take provisions, especially for the return trip. 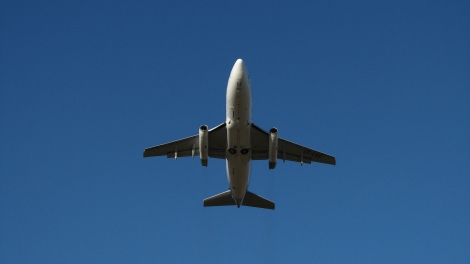 Starbucks is the centrepiece of the post-security waiting area, and the good news is that they usually stock a gluten free sandwich and brownie. However, regulars will know that there is no guarantee of stock levels, especially if you are travelling in the middle of the night, and the type of sandwich changes seasonally- so may not be something you like.

In the past I have avoided Yo! Sushi as their allergy guidance claimed gluten in all sorts of unexpected places, however their new nutrition booklet now lists ingredients in everything, which opens up lots of the sushi and sashimi options. Of course you should avoid the soy sauce.

Pret a Manger is my usual go-to in Stansted for a healthy salad or soup. They have an allergy menu behind the counter, and online. There is one both before and after security, although again I have found that stock is not great late at night, particularly for the salads.

If you’re starting your jollidays, you are highly likely to end up at Wetherspoons, next to Pret, which now benefits from a lighter seating area outside of the ‘traditional’ carpetted pub area – great for people watching. Many will know that Wetherspoons have gluten free options marked on their menus – the bad news in this branch is that a) the little ‘G’ denoting gluten free is so small it’s hard to find what you can have, b) most of the gluten free options are not on this menu – there’s a choice of side salad and not a lot else, c) they have GF crumble, but when I visited they had sold out. On the bright side they do a nice glass of New Zealand Sauvignon Blanc – it won’t help with your hunger, but will quell any pre-flight nerves!

It never occurs to me to visit Ponti’s Italian, however a little research shows they have some gluten free options marked on their menu. I will check it out next time!

Returning to Stansted has to be the worst bit – not just because your holidays are over – but because whilst most other airports greet you with a little M&S where there are plenty of dinner options after your foodless flight, Stansted has a Spar. Coeliacs can chose from such delights as fruit and, er, chocolate bars. Not exactly satisfying. Try to take supplies for the return leg.